Shanghailander Palace in Hacienda Heights has risen into the upper tier of Shanghai style food in the Los Angeles area in the five years they have been in operation.  Consequently it was a shock to their clientele when the food there recently fell off a cliff, and all the familiar faces in the restaurant were gone.  But no, it's not that the owner sold the restaurant and a new owner brought in a new crew.  Rather, the owner opened up a brand new branch in Arcadia, and relocated the Hacienda Heights crew to Arcadia.

Now Chinese restaurants are notorious for establishing branch operations as soon as they can.  Sometimes this strategy is very successful, such as the large (though loose) Sam Woo BBQ chain has demonstrated.  Then again sometimes it isn't, as demonstrated by Liang's Kitchen, which expanded throughout the San Gabriel Valley, then to the Bay Area, and then to Flushing, New York, at a breakneck speed, only to crash and burn.  In setting up new branches of a Chinese restaurant, it is not unusual for personnel from an original location to be transferred to a new branch to get things running.  However, what Shanghailander Palace did in essentially transferring the entire existing operation to the new location and starting from scratch in the original location, may be unprecedented.  As a result, a planned gathering at Shanghailander Palace in Hacienda Heights was removed to the new location in Arcadia, with great success.  Of course it was helpful that most of us came in from out of the area, so Arcadia wasn't particularly inconvenient location wise.  Our dinner was very nice, and the only criticism was that the size of many of the dishes was a little sparse, some of which would be described as small plates in a non-Chinese restaurant context. 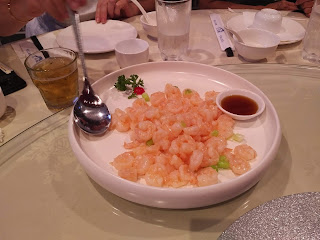 Next up was the ever popular Shanghai style deep fried fish fillet with seaweed. 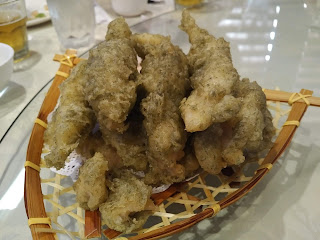 Cucumber wraps with sesame sauce dip was different and refreshing. 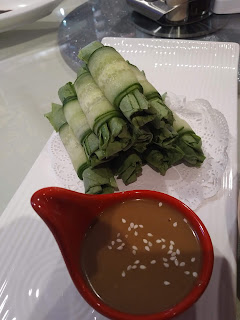 Shanghai stewed duck was the next dish up. 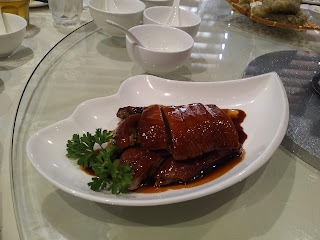 Possibly the best dish of the night was the Shanghai pork belly. 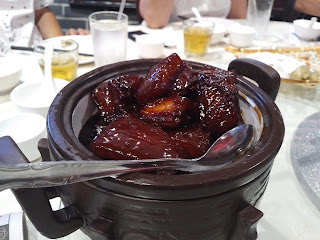 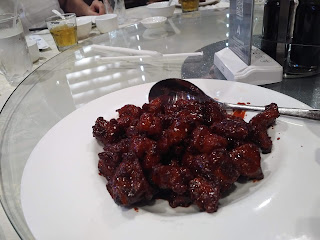 The vegetable dish for the evening was the "A" choy.  (Note that the Chinese character for A choy actually includes "A"). 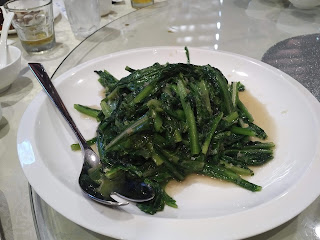 What would a Shanghai meal be without shen jen bao (tiny fried Shanghai buns)? 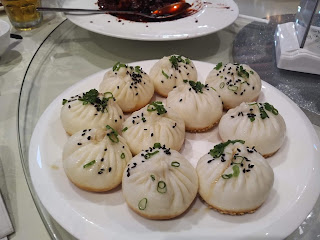 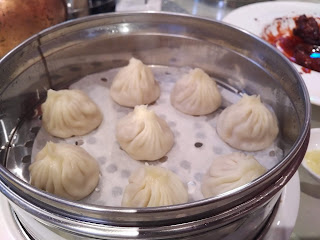 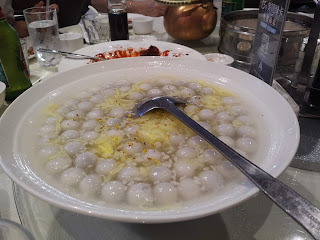 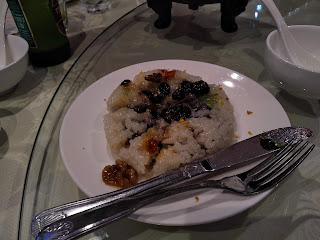