Wolfgang Puck's flagship restaurant Spago in Beverly Hills is likely the best known restaurant in the Los Angeles area, but it's always been a place that I've never dreamed of visiting.  But when you have foodie kids you never know where you might end up eating, so that's where we ended up recently on a Sunday night.  We were afraid we couldn't access the restaurant since it was on the other side of the street as we drove down Canon Dr., but at some point in time Canon had been blocked off and turned into a cul-de-sac, making it convenient to stop right in front of the restaurant.

First came the signature tuna tartare which was as good as advertised. 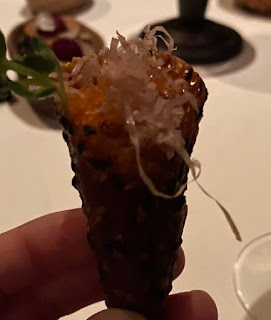 This was followed by a number of counterintuitive appetizers, like the marshmallows topped with cheese, not a bad combination. 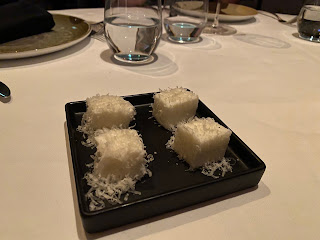 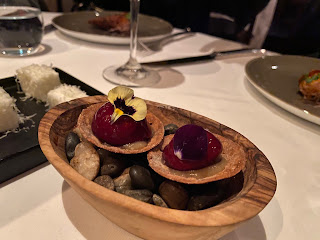 On the other hand, a bomb (as opposed to "the bomb" was the awful Bloody Mary bon bon. 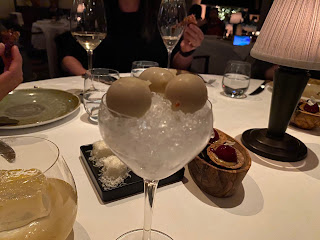 We then got the kitchen tour with perhaps the star of the night, the pork belly macaron. 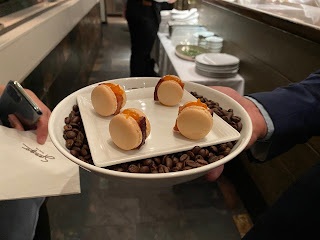 If you can see this, it's the seared sea bass. 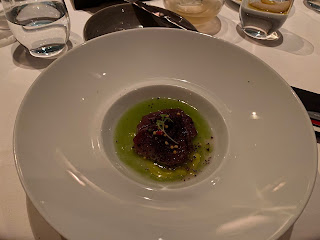 The interesting chawanmushi Japanese egg custard with caviar served in an egg shell. 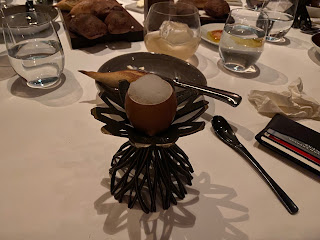 Supposedly another highlight dish, the agnolotti was OK but nothing special. 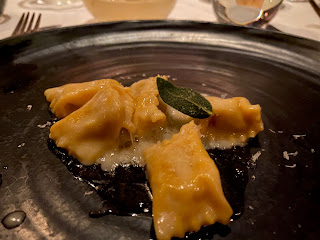 Next to the pork belly macaron, the wagyu beef was the other superior dish. 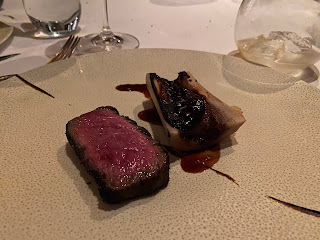 Not a big fan of octopus, but the charred octopus was quite good, though the same couldn't be said of the nearly raw squab.  And just a morsel of New Zealand snapper.   All in all, a less than inspiring dinner given the price tag.  The slightly more expensive Providence tasting dinner was far better. 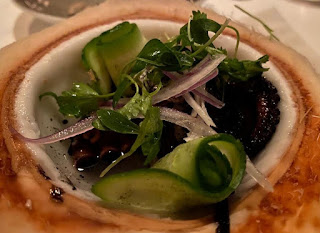 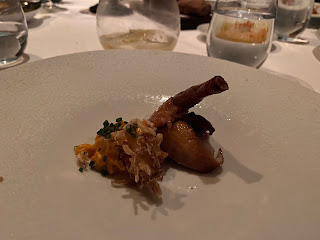 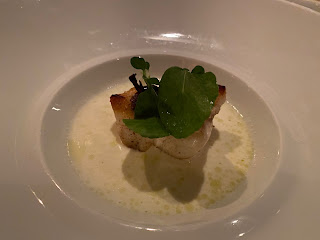