Giving Up My Shot At Video Stardom

If there's anything that being that being a Z-list celebrity has demonstrated to me it's that media opportunities are very uncertain and unpredictable.  For example I shot scenes for a number of episodes of a Canadian documentary series called "Confucius Was A Foodie," but was completely left on the cutting room floor.  And when Good Morning America called for an interview, it took a few hours to resolve insurance issues between GMA and management of the office building where I worked, such that by the time things were ironed out their film crew had gone somewhere else, never to return.

On the other hand there was the experience with my 2½ hour interview with the film crew from "The Search For General Tso," where the project seemingly disappeared and the social media announcements went silent.  I had presumed that they were unable to get financing to complete the movie.  Then one day I received a message that the film had been completed and would be premiering at the Tribeca Film Festival. 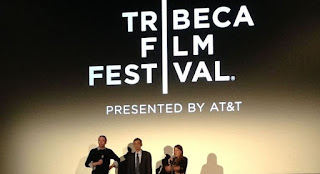 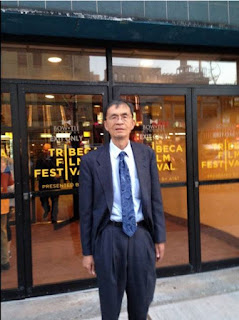 Or the time I was hastily contacted by Nevada Public Radio to discuss Chinese food on the air, the very next morning.  And there was the time I received hundreds of Tweet requests about Chinese food around the country right after one of the articles about me had run, and a couple of my responses showed up as news articles the very next day.

Then, despite the old Junior Woodchuck saying that there is no such thing as bad publicity, there are the instances where I've turned down media opportunities.  On two separate occasions I was approached by a reality show whose premise was to embarrass food critics by having them try to replicate dishes they had commented about.  That one was a nonstarter with me since I don't cook and I really don't do food reviews in the traditional sense.  Nevertheless they made a second request after their first season, and once again I declined.

It was a much tougher call a couple of years ago when I was contacted by Dolly Li, then a producer for AJ+, the US video production arm of Al Jazeerah.  She was doing a three part documentary about Chinese food in America and asked whether I would be the local guide for her segment about Chinese food in the San Gabriel Valley.  On the one hand this sounded like a wonderful opportunity for public exposure, but on the other hand being neither a pretty face nor even a resident of the San Gabriel Valley, this didn't sound like a good match.  Consequently I suggested to Dolly that she contact Clarissa Wei who I thought would be a better choice, as she lived in the San Gabriel Valley and actually gave organized Chinese food tours there.    I did caution that Clarissa was in her world travel mode and I wasn't sure if Clarissa would be in town when Dolly came down from the Bay Area to do her shooting.  Dolly indicated that her superiors preferred somebody like myself who was not a food critic per se, but who could put Chinese food in a larger context, but that she thought that Clarissa would make a good interviewee.

However, a few days before filming began Dolly called back to say that her superiors agreed that Clarissa would be a good choice to be the local host for the program, and that their filming dates fit right into the narrow window of time where Clarissa was back in Los Angeles.  So they did the location shooting in the San Gabriel Valley, and Clarissa and Dolly became such fast friends that they both moved this year to Hong Kong to help lead the South China Morning Post's Chinese food project called Goldthread 2.  The AJ+ series became a rousing success and I received innumerable messages from people recommending me to watch the video, necessitating me to reply that I was a consultant on the project, and while not being mentioned in the actual credits to the San Gabriel Valley episode, I was acknowledged on the YouTube page for that video.

So just think.  If AJ+ went with their original plan, or if Clarissa hadn't happened to stop over in Los Angeles just when they did their filmshoot, I might be a video star today.  Or more likely, the San Gabriel Valley segment would have bombed because I had none of the San Gabriel Valley insight and connections that Clarissa had.  And Clarissa and Dolly wouldn't be working together in Hong Kong today.
Posted by Chandavkl at 5:18 PM