Is This The Most Exclusive Chinese Restaurant in the Los Angeles Area?

Recently I encountered a reference to a Chinese restaurant named Freshwater Dumpling & Noodle House in San Marino.  I was puzzled because as one of a number of people who criss-cross the San Gabriel Valley to inventory the stock of Chinese restaurants I had never heard this name before.   A quick Google search provided the explanation--Freshwater Dumpling & Noodle House was the on-premises Chinese restaurant at the Huntington Library in San Marino, which in 2017 replaced the sorry, much maligned and seldom patronized Liu Fang Yuan Tea House in the Chinese Garden area of the Huntington.

What makes this restaurant exclusive, of course, is the fact that you have to pay the regular Huntington admission fee to dine here, which at $29 is a pretty steep price to pay for the privilege of eating dumplings and noodles.  Obviously Freshwater Dumpling & Noodle House can't compare on the exclusivity scale to Disneyland's high price invitation only Club 33, but as far as Chinese restaurants go, this severely restricts the number of people who can add this restaurant to their Excel schedule of the Chinese restaurants at which they have dined.

The highlight of the menu is their chicken congee, probably the best tasting and the most photogenic bowl of jook I have ever eaten.  However I haven't decided whether that combination justifies the $13 price tag for the dish. 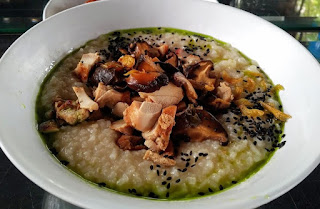 Another winner was the spicy wontons--not as good as someplace like Din Tai Fung, but good enough to be part of an enjoyable meal at the Huntington. 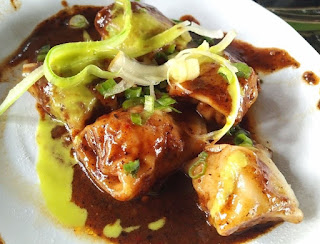 No complaints either about the chicken dumplings in broth. 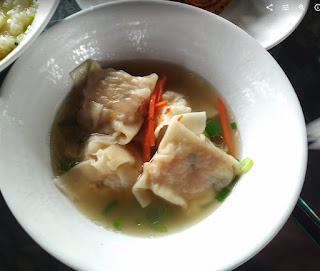 I guess under the broadest definition of Chinese food, these Tibetan momos would qualify, though Tibetans certainly wouldn't agree. 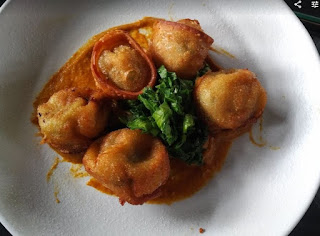 The spicy Hunan noodles with beef was a real clunker, though, and it cost $13 to boot. 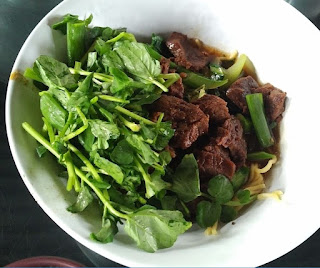 Offhand I can't think of a more exclusive Chinese restaurant in the Los Angeles area.  We don't have anything like 8 Tables in San Francisco which has limited seating and costs $230 per person. Certainly there are no reviews of Freshwater Dumpling and Noodle House floating around. And a place that costs you $50 per person when you include admission, and you just get dumplings and noodles, sounds pretty exclusive to me.