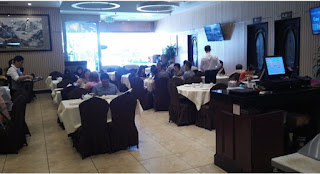 The past decade or so has produced a sea change in Chinese dining in Los Angeles, as well as the rest of the United States.  Decades of Cantonese dining dominance have nearly evaporated as regional cuisines representing the entire breadth of Chinese cooking has come to the United States in great numbers, reflecting the migration of Mainland Chinese residents and money to our shores.  Indeed, in recent years, new Cantonese restaurant openings in the San Gabriel Valley have dwindled to roughly 10 percent of total new Chinese restaurants opening in the SGV.

However, while Cantonese food may be down, it is not out in our local Chinese community.  The toughest ticket continues to be the most popular dim sum palaces on Saturday and Sunday afternoon, and the greatest wish among Chinese diners is that despite the high quality of our local dim sum purveyors, some new dim sum player, equal to or better than the existing dim sum leaders, will open their doors.  In this regard, the past few years have been a disappointment in that we have had the same leaders of the dim sum pack for several years.   As it has for the past 15 years, Sea Harbour in Rosemead is on the top of most people’s dim sum list, followed variously by Lunasia and King Hua in Alhambra, Happy Harbor in Rowland Heights and Elite in Monterey Park, all of which date back 2008 or earlier.  The only newcomer in the top tier of local dim sum is Arcadia’s China Red, which opened in 2013, and it sits at the bottom of this top tier.

Not that new operators haven’t tried to crack the top group.  In 2014, Shi Hai opened up in Alhambra with the express purpose of becoming the top dog, dim sum wise, in the San Gabriel Valley.  However that endeavor gave up unsuccessfully last year when Shi Hai rebranded as World Seafood, with a new, lower price point menu.  Other dim sum palaces have opened in the same time period, such as Shanghai #1 Seafood Village in San Gabriel, Grand Harbor in Temple City and Pleasure Ocean in Hacienda Heights, but while certainly purveying good dim sum, they do not match up to our historic leaders.

However, a newly opened restaurant in Temple City may prove to be the new contender that everyone has been hoping for.  Xiang Yuan Gourmet opened up last month (9556 Las Tunas) and is already showing great promise.

First of all, it serves its dim sum from a menu, as does every other restaurant listed in this article.  While romantics may gush about dim sum carts representing the true dim sum experience (although there was no such thing as a dim sum cart in Los Angeles until introduced by Miriwa Restaurant in Chinatown in 1976), the best dim sum comes from a menu since it arrives fresh and cooked to other.  Secondly, Xian Yuan Gourmet shows a creativity and imagination in some of their dim sum creations that is consistent with that found at the top tier dim sum restaurants noted above.  While it is important that a dim sum restaurant gets it har gow, bbq pork buns, beef cheung fun rice noodle rolls, siu mai, and other favorites right, it is the unusual dish that sets the top tier dim sum restaurants apart. 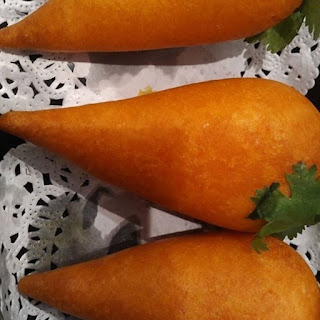 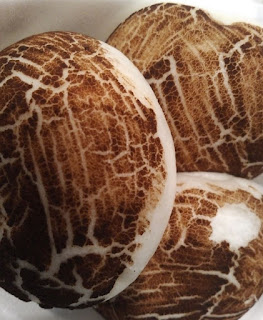 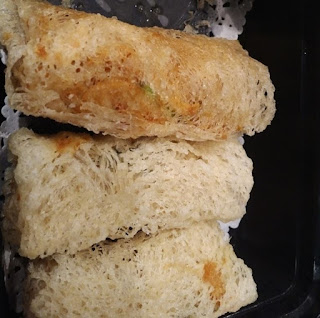 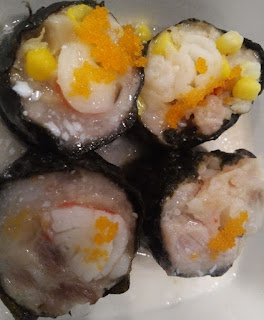 One unique thing about Xiang Yuan Gourmet is their dinner menu.  Every other dim sum restaurant in this article serves Hong Kong style seafood at dinnertime, with the except of Shanghai #1 Seafood Village.  However Xiang Yuan Gourmet’s dinner fare is a mixture of Hong Kong style seafood and “Traditional Hunan Cuisine.”  Which merely shows the direction of Chinese food in the San Gabriel Valley these days.
Posted by Chandavkl at 9:15 PM No comments: