Finally! You Can Get A High Quality Crispy Baked BBQ Pork Bun in Los Angeles


Clearly my favorite dish in the world is the crispy baked BBQ pork bun, which we ate four years ago during our visit to Hong Kong at Tim Ho Wan, the restaurant which popularized the dish.  Tim Ho Wan was once the most inexpensive Michelin starred restaurant in the world until some Asian street vendor also was awarded a Michelin star.  However, much to my chagrin, the only restaurants serving worthy versions of this dish in the US have all been in the San Francisco Bay Area, at such eateries as Dragon Beaux, Hong Kong Lounge II, Lai Hong Lounge, Koi Palace and Pacific Lighthouse.   In the Los Angeles area, it was offered regularly only by Golden Valley in Industry, but it wasn’t that good and they recently shut down anyway.  Lunasia does a fair version, but it’s not a regular menu item,  China Red recently added a so-so version, and don’t even mention the sorry version at Bao on Beverly Blvd.

But it’s time to rejoice, as a delicious version of the Tim Ho Wan bun has appeared at Xiang Yuan Gourmet in Temple City.  Xian Yuan Gourmet has had a very checkered record in its year of operation.  When it opened last summer, it showed the potential to climb to the top of the Los Angeles dim sum heap.  But then shortly thereafter, Longo Seafood opened, rightfully grabbing the mantle as the great new dim sum hope in Los Angeles.  To add insult to injury, the owners of Xiang Yuan Gourmet got in a spat with the dim sum chefs, and the chefs walked out, leaving Xiang Yuan Gourmet to suspend its dim sum service altogether.  But then last month I happened to see the Yelp listing for Xiang Yuan Gourmet which indicated that dim sum was back.  But the $64 question was whether the old dim sum chefs were back, or was it a totally new crew?  Breathlessly I went to the restaurant and checked the menu, and many of the distinctive offerings they used to have were on the new menu.

So now LA really has a great new one/two dim sum punch with Xiang Yuan Gourmet and Longo Seafood, after a decade of nothing new under the dim sum sun here in Los Angeles. 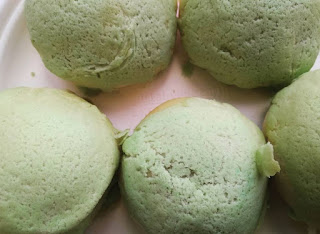 Posted by Chandavkl at 6:04 PM