Dim Sum Chef Returns to Xiang Yuan Gourmet and I Do, Too.

It was less than a year ago when Xiang Yuan Gourmet opened up in Temple City and as I speculated at the time, it might have been the best dim sum opening in Los Angeles in a decade . Of course a few weeks later Longo Seafood opened up and eclipsed Xiang Yuan Gourmet, but still that gave the San Gabriel Valley a great new one-two dim sum punch.  But then earlier this year, a poster on Yelp reported that the dim sum kitchen got in a spat with the restaurant owners and walked out.  (While I savaged Yelp's Chinese restaurant ratings in my L.A. Weekly article I do admit that Yelpers do provide a good source of peripheral restaurant information.)   I'm not clear whether the restaurant continued dim sum service for a while with replacements, but they did eventually terminate dim sum for conventional lunch service.  However last week, another Yelper reported the return of dim sum to Xiang Yuan Gourmet, so I headed out there.

Of course the $64 question is whether the revived dim sum service would be similar to what they previously served, or whether it's a new bunch of dim sum chefs in the kitchen.  I can't say for sure, but the dim sum is quite similar to the old menu, and the quality is high.

First up was the salty egg yolk bun.   The casing is very similar to the old Xiang Yuan Gourmet crispy bamboo paste balls, which is still on the new menu, and would further indicate that the old crew is back in the kitchen. 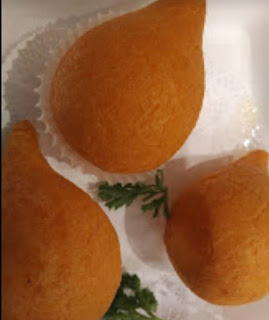 Next was the deep fried shrimp rolls.  Just as good as before. 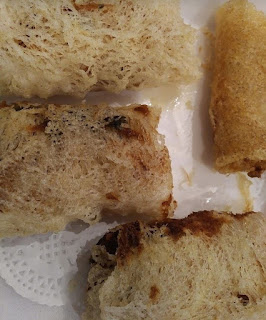 Something different this time, shrimp/cruller cheung fun.  Excellent flavor. even though not especially photogenic. 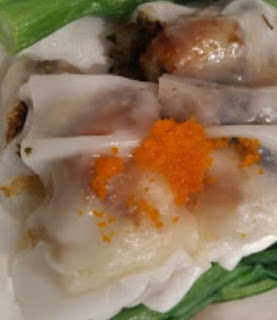 This is their almond and walnut bun.  A variation of their former almond cream bun.  Better than the almond cream bun at Red 8 at the Wynn in Las Vegas, as the Xiang Yuan version is a mixture of nuts and cream (with less cream) and not overly sweet. 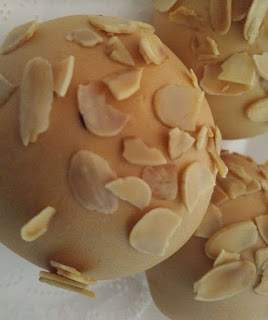 Now the real question is whether their taro bun is the same porcupine shaped bun that used to be on the old menu.  A follow up field trip is warranted.