Dinner At J Zhou in Tustin

Since mother and daughter share the same birthday that required a double special birthday dinner at J Zhou in Tustin, just over the border from Irvine.  J Zhou is a spinoff from Happy Harbor in Rowland Heights, which itself has lineage connecting it to the former Sea Harbour branch in Rowland Heights. We had been there a few times for dim sum, but never had dinner there.  Food is excellent, but you wouldn't know it based on "star" ratings, since it gets knocked down quite a bit for cost (my rough guess is 60 percent higher than comparable San Gabriel Valley food) and service (though our was fine).

We had a nice version, both visual and taste wise, of egg tofu with mushrooms 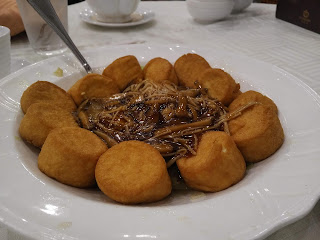 Something new, different, and definitely delicious was bacon and shrimp. 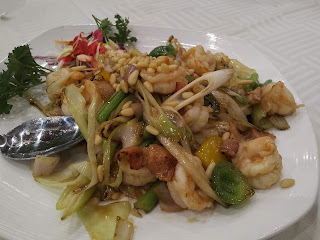 Haven't seen this dish in a while--steamed eggplant with bean paste. 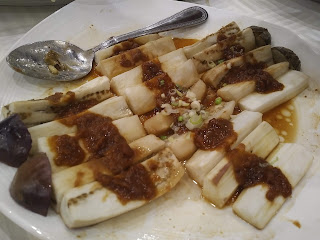 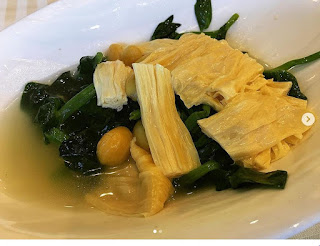 Clearly the star of the show was the steamed coral trout from Australia.  At $150 for this two pounder, it better had been.  For that price I imagine this fella had a first class seat on the flight from Australia to Los Angeles. 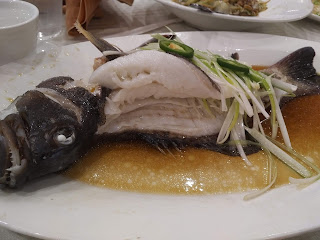 Not pictured were the fantastic fried rice with dried scallops and egg white and the house special chicken which was not very good.