A couple of months ago, before it had opened, I had questioned the prospects of the announced opening of Capital Seafood on La Cienega's restaurant row in Beverly Hills, both from whether that location could be successful business wise serving dim sum, as well as to how good the dim sum might be, particularly in light of the low marks garnered by Capital Seafood's Irvine location.  After two visits for lunch, I am cautiously optimistic as to the former, and very pleased with the latter.

As I have recently commented in numerous quarters, there has been a remarkable turnaround on the Westside of Los Angeles, which in three years has turned from a wasteland for authentic Chinese food to an explosion of new Chinese restaurant openings that has attracted such major players as Din Tai Fung, Sichuan Impression and Hai Di Lao.  However the one thing these new openings have in common is that all the restaurants serve non-Cantonese food, and the only recent significant Cantonese entrant, Newport Sea Food, crashed and burned.  Consequently, the opening of Capital Seafood in the former Newport Sea Food location seemed to be an iffy proposition.

Arriving a little before noontime on Saturday morning, I was encouraged to see that the main dining room was reasonably full, but not so full for there to be a wait.  In contrast, I doubt if Newport Sea Food ever had this kind of crowd for Saturday lunch.  But more importantly from my point of view, Capital Seafood puts out an excellent product.  Standards like the shrimp-rich siu mai, ha gow, turnip cake and baked bbq pork buns were all excellent.  The members of our group who were veterans of the Irvine location of Capital Seafood were pleasantly surprised and highly impressed.

It was nice to see some less common items on the menu.  The rice noodle logs with XO sauce was excellent, with a house made XO sauce as good as any. 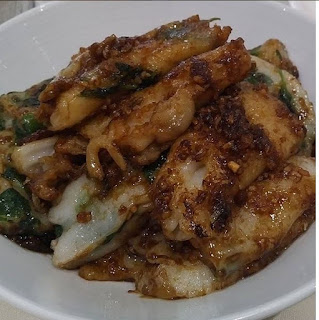 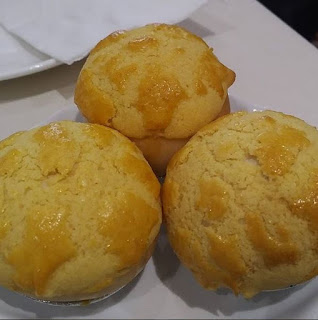 Nor is the fried shrimp roll something you see at every dim sum house. 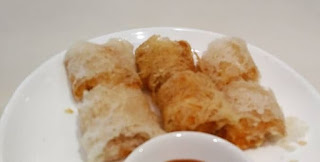 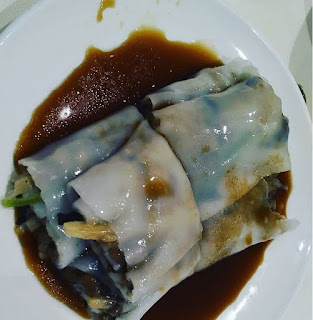 I never thought I'd live to see the day when you could get chicken knees on the Westside (let alone Beverly Hills). 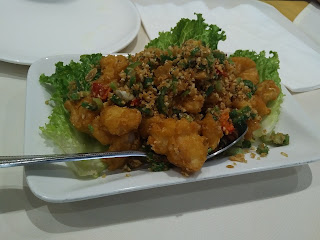 Like extra gravy with your tofu stuffed with shrimp paste? 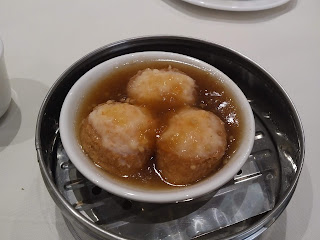 And how about another version of rice noodle logs--with cilantro? 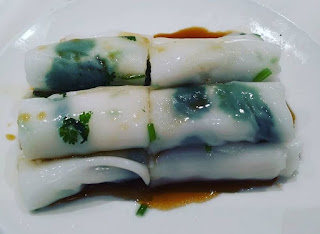 All in all, it was surprisingly a very pleasing visit to Capital Seafood in Beverly Hills.  On an absolute scale I'd put it just below the top tier of San Gabriel Valley dim sum restaurants, and even better than their Arcadia branch.
Posted by Chandavkl at 8:32 PM